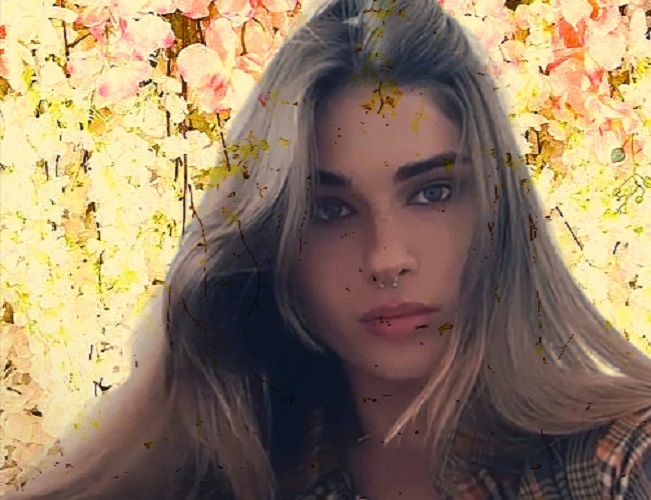 An earthquake of euphoric celebration of new talent is rarely reaching the sphere the long way down to Miami. The sound did not become much quieter and after being covered by several Oscar-winning filmmakers we had to take a closer look at the man who seems to be a revolution in the art of storytelling. Phoenix, named after the mythical bird who rises from the ashes of its predecessor to the glory of God, is a  British artist who became famous for his new way of defining and connecting the dots of aesthetic and color.

With over 160k Instagram followers, Melville is already in the top twenty film directors in the world. (to compare – the account of  Oscar winner Barry Jenkins is followed  by 125k) The Los Angeles Times, one of the oldest and respected established news publishers in LA, compared him to Russian filmmaker Andrei Tarkovski. Ingmar Bergman praised:

“A miracle. Tarkovsky for me is the greatest [director], the one who invented a new language, true to the nature of the film, as it captures life as a reflection, life as a dream.” and himself notable Akira Kurosawa: unusual sensitivity [as] both overwhelming and astounding. It almost reaches a pathological intensity. Probably there is no equality among film directors alive now.

Phoenix invited us to visit him in his atelier (European for workshop space)  located between Santa Monica and Beverly Hills Westside,  A bright smiling guy with a septum piercing and a welcoming voice with an accent between French and British opens the door.

Dalia, my beautiful soul inspiration and love of my life, is keeping me grounded in every aspect. I think everything we experience in the outer world is an illusory preconception formed by society and only a micro glimpse of what is happening in the whole cosmos.

I am infinitely thankful and every morning I wake up my whole existence is floating in gratitude for being gifted by the universe, to be transformative and embracing, presenting me with Dalia and my purpose. I tremendously hope, with every cell of my being, I will ever be able to give back what I received from the universe.

You are an Artist who inspires, Which Artist or any other influential figures inspire you

The greatest experience of enlightenment, in realizing the true nature of my myth and timeline as a human, I have definitely to name the wonderful writer Herman Hesse. His work “ Siddhartha “ freed me from all boundaries of the darkness, a force always trying to keep my spirit in chains. I read the novel in the original first published German language form the precise choice of language, of achieving the eternal experience in alignment and oneness is the greatest work of written art my eyes have ever seen. Other, speaking in terms of writers, influences are  Friedrich Nietzsche, Immanuel Kant, Jiddu Krishnamurti, and the great Albert Camus.

What about visual artists such as filmmaker, painter, graphic novels etc. ?

None of them ever reached me so deep down of my existence that I would label any of them powerful enough to ignite a spark of light or widening my understanding of the fact that every one of us at the deepest core is just a bunch of atoms floating in a never-ending atmosphere. I really appreciate, in all possible ways, recognize and honor highly Painter as such Monet, Renoir, Schiele, and Carpaux to name just a few, all great geniuses of their craft but in my understanding, the greatest accomplishment and realm.

Is achieved by being actively engaged in the center of human imagination, which lies in everyone waiting to be explored. If we look back at human history,  all teachers of love, freedom, and overcoming had one pattern in common,  Jesus, Buddha, Plato, C.G Jung, Terrence Mckenna – to expand the kingdom of truth we have to shrink the outward and seek inward. By doing so, with solitude, reflection, and patience we might be able to find our truest nature, our consciousness, the soul,  captured in a physical body until the realization of the eternal self.

If you could send out one quote around the world which one would it be?

Oh, this would be my favorite one by William Blake: “If the doors of perception were cleansed everything would appear to man as it is, Infinite”.

On your official homepage, you state  Revolution as one of four core words. What would a perfect revolution look like?

To teach our future generation from the earliest stage of their life about consciousness, the importance of inner self-discovery, and the relation with it to the outer experience. The potential for a mysterious encounter is the common inheritance of every single person, understanding and fully realizing the infinite cosmos floating in every cell of your being led to fulfillment and therefore peace.

Global capitalism and the deeply rooted problem that occurs by being obsessed and fixated on outer perception,  selling out our planet and therefore ourselves for constant economic growth will end in an apocalypse when we do not transform into a higher-aware society and stop the madness of the old world. The recent COVID-19 pandemic is proof of that.

Regardless of it, this essential magical presumption that materialism is the answer, stays one of the main legends of science and impacts our whole society.

Notice: A few days after our meeting with Phoenix a worldwide news coverage breaking out linking his name as Director for Paulo Coelho’s novel The Alchemist.