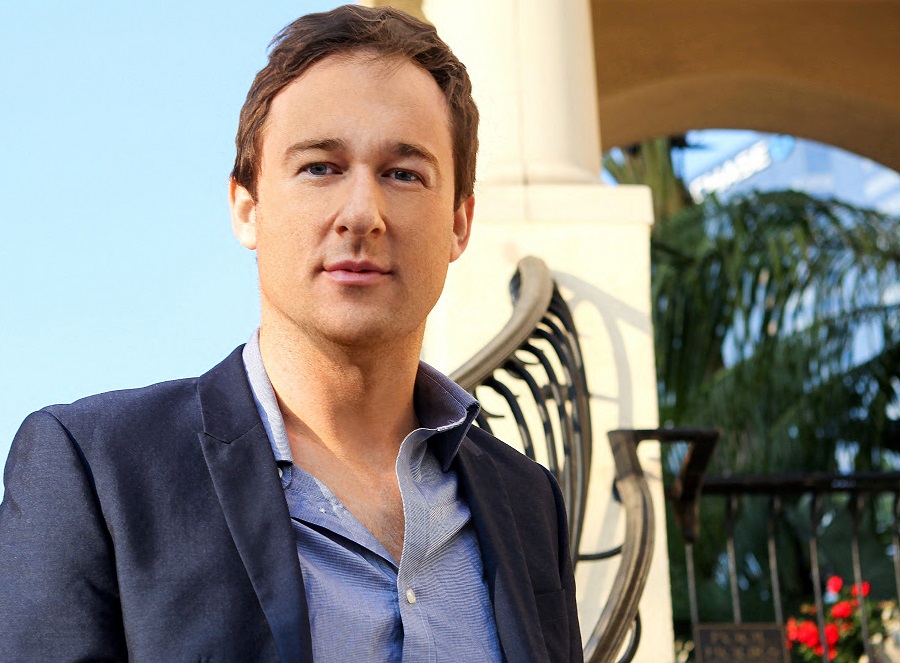 With previous guests including two-time academy award winner Bruce Beresford, Adam Scott, and Aquaman’s Dave Hallett, the series, Conversation Hollywood has been a hit since launching in 2019.

At the helm of the show is presenter James Pratt who beat some heavy hitters this year to win Best Talent at the Europe Film Festival for his performance as host on the series. The festival, which attracts international film and TV submissions, has a strong reputation in the industry and strict judging criteria both for films and TV series. This year James was the only Australian to take out any award at the festival with USA and UK films dominating the awards.

In February this year Hollywood Producer, Justin Levin described James as a rare talent in the film industry, who’s a strong actor and director and is always working, besides hosting Conversation Hollywood, Pratt is about to commence filming on the new US comedy film, Fairway, as the lead actor while in December this he’s attached to direct Skyline Mist in Los Angeles.

With such a busy schedule, we were thrilled to sit down with Mr. Pratt and ask him more about Winning the Europe Film Festival and his other projects coming up.

Thanks for joining us James, Winning the 2021 Europe Film Festival must have been a big moment?

It was very humbling and a little unexpected as well, to be honest, I was just thankful to be considered and make it into the festival, winning meant a lot.

You seem a little reserved off on camera, however, on-camera you are very extraverted, which personality is the real you?

That’s a good observation and you’re correct, in front of the camera I feel more natural being extraverted, however my true self away from the camera is reserved, I’m not into fame or being the center of attention, I actually struggle posting on social media because I’m not looking for any attention, I don’t enjoy it.

From the guests you have interviewed on Conversation Hollywood are they more introverts or extroverts?

I would say most are introverts, some of the guests I’m friends with such as Dane (Hallett) and Annesha (Madhok) so that’s easier to say, however, I would say the majority are introverts from what I have experienced.

It seems there are many changes coming to Hollywood at the moment, are all these changes good or bad for the industry?

I think there are some terrific changes happening right such as, the independent filmmaker has a better chance at distribution as streamers will buy up content from all over the world and you can produce a film much cheaper than ever due to the breakthrough in camera technology being 0ffered and cheaper prices, I think Women are getting a much better array of roles offered too which is great, these roles are both in front and behind the camera.

I will say though, the entertainment industry will always be highly competitive and there will always be rejection at difficult times so that’s a chance you can’t control but if you can learn to handle this, you can really thrive.

This year you are playing the lead in a new comedy feature film and then directing a new film in December, which do you prefer? Actor or Director?

(Laughing), you have done your homework on me, directing is much more stressful and a longer process, but it also can be incredibly rewarding as well. I feel incredibly fortunate that I can do both as I love both of them. I remember something Kevin Connolly said, just after he’d just finished up on Entourage, “Acting is great, it’s all set up for you when you arrive and your job is to do one thing only, (to act) however I like to get my hands dirty, I like doing more than one thing so I’m directing from now on not acting.

What Country is the best place to film a movie?

I think I could get into trouble here answering, but I’m a big believer in if you want your film to look good, shoot in amazing locations, I was watching some of the old school James Bonds recently, they didn’t have the technology we have now for special effects in the edit but the locations are the art direction and a huge part of the storyline, the locations they used made the script jump off the page and where essential.

What has been some of the best locations you have filmed Conversation Hollywood,

The Adam Scott interview we did at Spectrum films at Fox, was really cool as we did the interview in the edit bay where The Great Gatsby and Alien Covenant were cut. Also filming at the Garland Hotel in Hollywood was really emotive and fun, we had the cast of one of the big shows on Fox next door and you’re 5 minutes from the studios yet it’s a private retreat amongst trees and it feels like you could be in Big Bear or somewhere in Northern California.