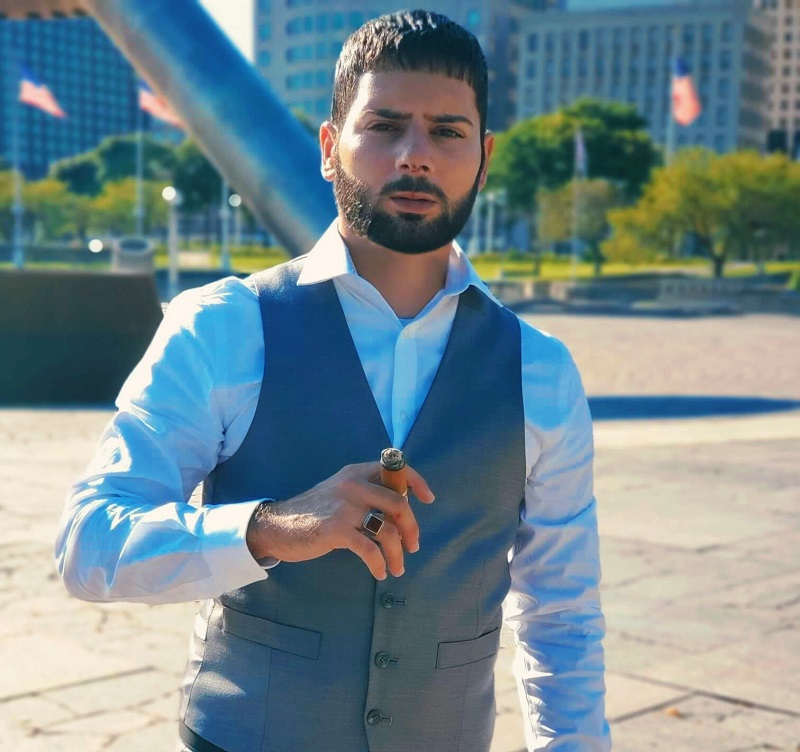 His name is Ali R. Jaber. He was born and raised in Toledo, Ohio. He currently lives in Dearborn Heights, Michigan. He is of Lebanese descent. He is currently a college honor student and he is majoring in Business Administration/DigitalMarketing. He is also a member of The National Society of Leadership and Success; and Phi Theta Kappa Honor Society. He has also earned a Public Speaking certificate from Harvard University.

Since Ali was just a child he has felt the urge to help others in any way that he could. In the year 2019, Lebanon was hit by the hardest economic crisis in decades. The Lebanese people were struggling to survive because of this crisis. Ali attempted to start a non-profit to help the people of Lebanon financially; however, this did not go well. He then tried to think of other ways he could help the Lebanese people.

After publishing some videos, he started to become more popular and he began to gain thousands of Lebanese followers.

They all loved his motivational speeches/videos. They started to look forward to his video postings and cheered him on. Ali is originally from the Southern Lebanese city of Nabatieh, however, he became popular all across the Lebanese borders.

People from all over the country now follow him on Instagram. Since he resides in the United States, there is no way he could meet all of his followers in person, this is why he thought posting motivational videos on social media would be the best way to connect with them.

Every day hundreds of Lebanese followers ask Ali for him to go to Lebanon and to run as a city leader. They love how he treats every individual with dignity, respect, and kindness regardless of their financial status. Some even named Ali the pride of Lebanon. He is proud to be known in every Lebanese city.

He reaches out and helps people on a daily basis in any way that he could. People often go to him when they need help filing online applications, legal documents, and for motivational support. People close to him named Ali the problem solver as he tries to help everyone with their problems.

The speaking certificate he earned from Harvard gave him more knowledge and confidence. He learned so many tips and tricks that he has adopted and uses in his motivational videos.

Ali had to do everything on his own. He lost the support of many family members because they did not appreciate his new found popularity. He also has had to deal with ethnic discrimination in the United States.

Most of the support that Ali gets is from his loyal followers. He has not had the support of many friends and relatives which has caused him to go about his mission of spreading motivation alone. He now creates his videos for the ones that appreciate him.

At first, no one cared about his videos, however, now that they have grown in popularity, he is proud of how many followers he has. Apart from public speaking, Ali is also an expert in business, graphic design, professional writing, and digital marketing.

According to Ali, Success means “making your dreams reality; to not be dependent on anyone in life. And to educate yourself and attain financial stability.” He wants everyone to do good in life and to achieve their goals.

Ali hopes to someday run a non-profit to help the less fortunate people in Lebanon and to become a leader whom everyone appreciates. He wants to lead others with dignity, respect, and authenticity.