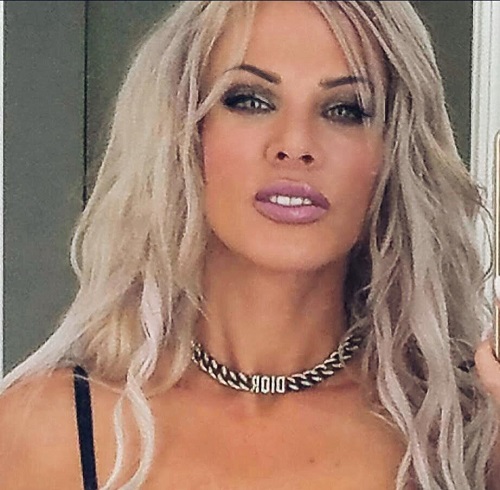 Krista Saxon is an American Actress, Published Fitness Model, and Executive Movie Producer is known for leading in movies and being recognized for her talent by winning awards as ‘Best Actress’ in the film industry. Something you may not have known is that Krista Grotte Saxon is also known to be multi-dimensional in the arts and a successful business entrepreneur and owner of Teknocentric, a custom software development firm to develop unique motion picture and aviation technology!

Krista has been in the entertainment industry for over 20 years, with experience and talent, Krista has starred in a variety of different film productions and has been respected in the industry and recognized for her work! One of her recent films Krista starred in and Executive produced called ‘Nations Fire’, an action-packed thriller movie with a 1.3 Million dollar budget production, Movie Critic John Delia of Ace Magazine Stated ” Krista Grotte Saxon has made a Bid for Stardom with Nation’s Fire”

In the film, you will see Krista playing the role of Gloria, the leader of a female motorcycle biker club called Heaven’s Fire. The film is an action-packed movie with an edge!

Krista’s latest film ‘The Penthouse’ is headlining with its near release date. The Rated R Suspenseful Thriller ‘ The Penthouse’ set to be released on April 13, 2021. You have to check out this amazing new movie and keep up with multi-talented Actress Krista Grotte Saxon by checking out her official socials sites below: