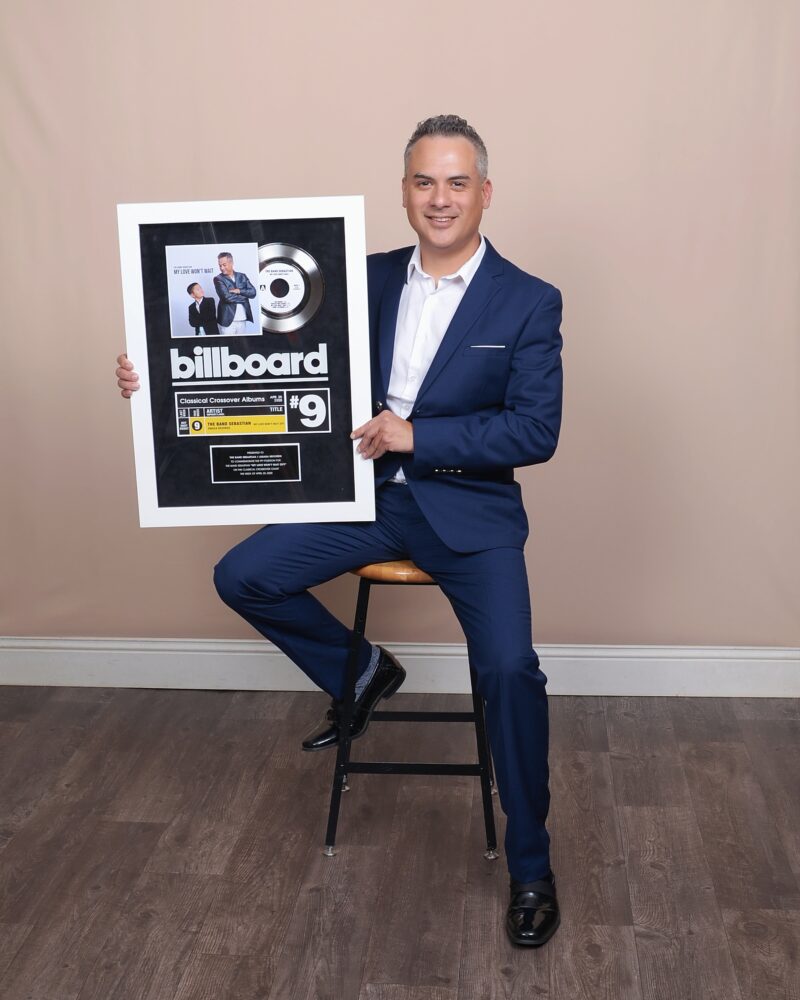 California artist, The Band Sebastian, has worked for years to grow his craft as a musician and his hard work has paid off immensely. He’s become a beacon of knowledge and notability to the artist he works with as well as, for himself, an incredibly well-established businessman that holds many titles.

When asked about his greatest achievements through music, The Band Sebastian said “My greatest achievement as a musician was being recognized for my music that I recorded with my son by charting #9 on the Classical Crossover Album Sales Billboard chart.” As such a hardworking and humble creative, The Band Sebastian has set himself apart from many for his creative outlook on music and his drive to create beautiful, fun, welcoming songs that captivate himself as a person very well. With many of his releases having over 100,000 streams, The Band Sebastian continues to amaze and put out amazing releases. Currently, we wait for his next release that is set to be put out in May of this current year. The upcoming single with VIP Recordings titled, “True Love” is the next big release to add alongside a long list of preexisting releases that The Band Sebastian has done. For him, this is only the beginning and he has much more on the way. The Band Sebastian is definitely worth giving a listen and checking out for yourself!

In this article:Arist, Music, musician, The Band Sebastian