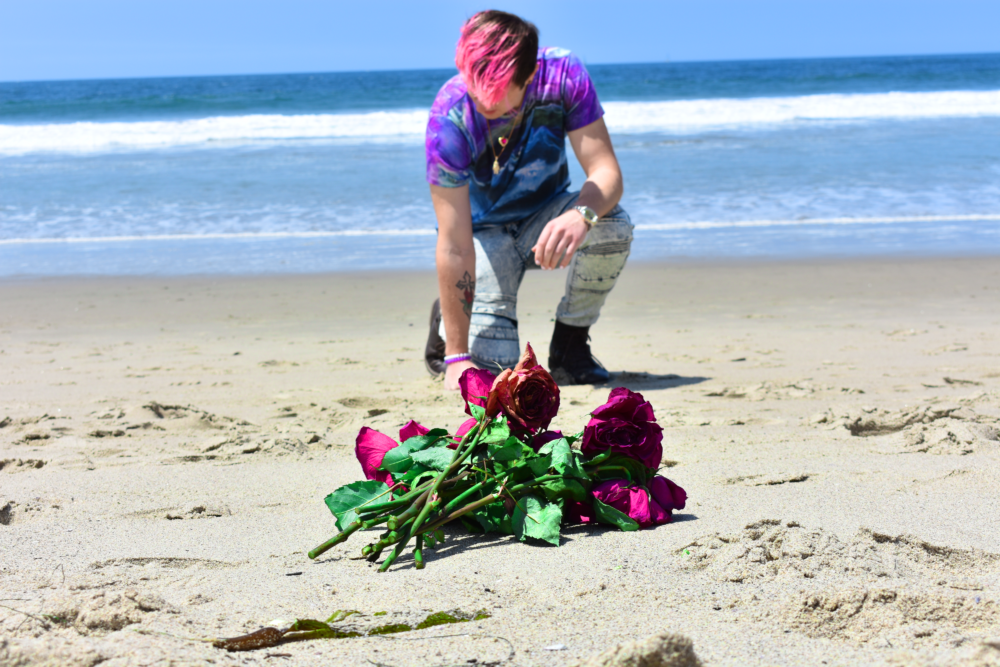 “I want to help people to find beauty in the darkness.” Minnesota-born, Los Angeles-based artist Dustin Gill, known professionally as Drawn To The Sky, is serving as a light of hope for his listeners. Over the last few years, Gill’s Drawn To The Sky project has gained an impressive amount of traction, amassing millions of streams on Spotify and finding placement on Official Spotify playlist alongside artists like Pierce The Veil and Sleeping With Sirens. For Gill, though, it’s never been about the accolades, only about making a difference through his music.

Music has always been a big part of Gill’s life. Introduced to a wide array of genres by his parents, Gill grew up with a big musical influence on his life. In grade school, he began to learn guitar with the help of one of his friends. He has carried this inspiration with him throughout his life, but a career in music wasn’t always part of the plan for Gill. After graduating high school as a successful track and field athlete, he decided to continue his athletic career in college. After a few years at university, the dream of becoming a professional musician became much more important for Gill, and Drawn To The Sky was born.

In 2018, the first Drawn To The Sky single was released. As the years have gone on, the project has continued to grow. Since he’s an independent artist, Gill has had complete artistic control over his music and he has not only written and performed all of his songs, but he also produces them, markets them, and creates the artwork for them. Influenced highly by artists like XXXTentacion and Oliver Francis as equally as he is by the genre of pop-punk, the sound of Drawn To The Sky is a unique combination of trap-style hip-hop, alternative rock, and emo songwriting.

Through the years, Gill has experienced a lot of success. Still, there has been a lot of stress accompanying it along the way. Supporting himself financially over the span of his career, there were a lot of roadblocks and moments of doubt along the way. But looking back on it all, those down moments have only fueled Gill’s art even more. “In hindsight,” Gill states, “being able to wake up every day and do exactly what I want with my life is worth every ounce of the struggle it took to get here.” More music is in the works from Drawn To The Sky, as Gill is prepping the release of an EP for early 2022. “I haven’t put out much music this past year, but that’s all going change very soon,” Gill remarks.

Keep up with Drawn To The Sky by following him on Instagram, @drawntothesky, and listening to him on Spotify.

In this article:Drawn To The Sky, Emo Rap, Hip Hop, Music, New Artist