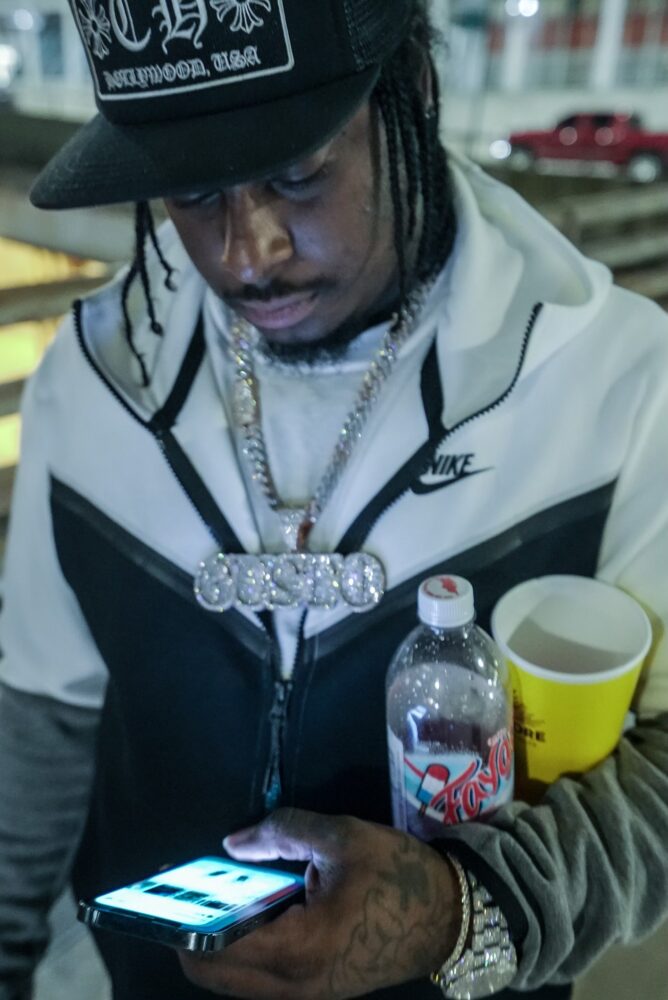 From lunchtime beats in middle school to closet recording studios in high school, Chicago rapper Gustavo Bands has always seen himself pursuing a career in music. From the age of 15, Gustavo Bands has been taking his musical career seriously. As the years went on, he began to cross paths with more like-minded individuals who were looking to make a name for themselves as well. A decade into his career, Gustavo Bands has spent time as a songwriter, recording his own music, and is the CEO of his own recording label, ThurlBred Entertainment. With all of his experience and achievements in his back pocket, the Chicago rapper is finally ready to release his debut full-length project.

Most recently, Gustavo Bands released the pop-influenced trap single “Street Lights,” which shows that the hip-hop artist continues to evolve his sound further. The steps forward have continued throughout Gustavo Bands’ short recording career so far, but with 2022 looming, the rapper is ready to break out onto the scene. “I’ve got a few new projects on the way, and I got a lot of timeless music in my catalog that could drop at any time, honestly,” the rapper states confidently.

Not only will Gustavo Bands’ first full-length project be coming out in the coming year, but he has also teased the release of a trilogy of EPs, one with a totally different vibe from the next. A bold release strategy for sure, but if there is anyone in the industry with the experience and skill to pull off the release of four projects in a year, it’s Gustavo Bands. As 2022 approaches, remember to keep your eyes and ears open for new music from Chicago’s next rap sensation, Gustavo Bands.

Keep up with Gustavo Bands by following him on Instagram, @gustavobands