How Miami Men Are Keeping Their Beards on Point This Summer! 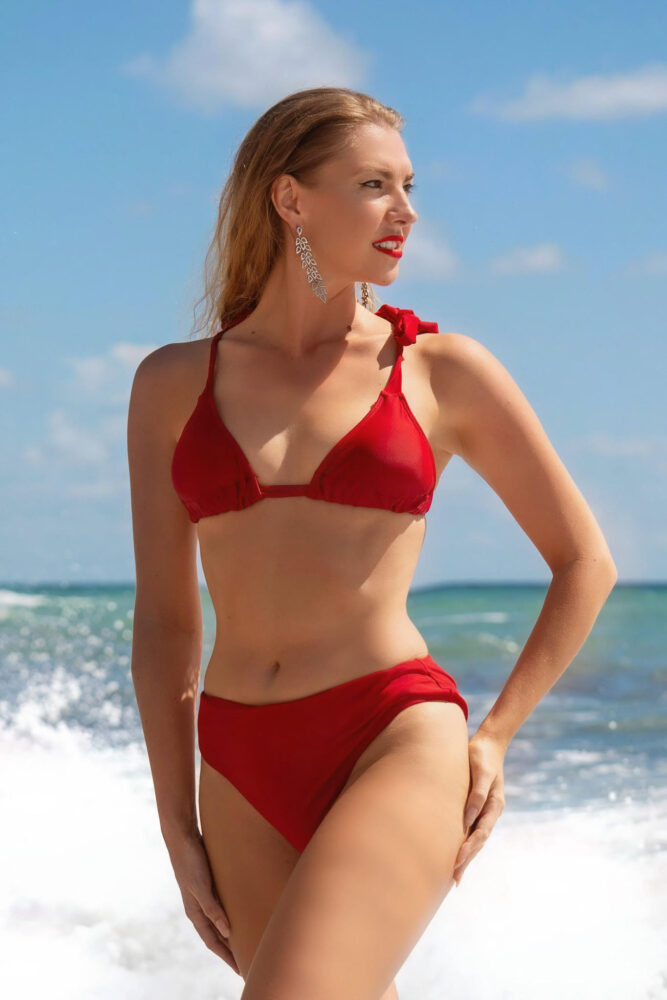 Victoria’s Secret model Mischaela Elkins slips into the ocean at Bal Harbour beach in a stunning photoshoot to raise awareness for ocean conservation and preservation. An established and successful luxury swimsuit model – she’s been featured prominently in both the MAXIM and Sports Illustrated Swimsuit Issue media in the US and abroad.

On the pristine shores of Bal Harbour beach, the blonde model stunned in a custom-fitted red two-piece by Frankies Bikinis. The crystalline waves of the Atlantic tides danced around her as she posed at the shore in a series of photos. As a former Miss Peru and later the winner of the Ms. Universe 2021 title, she established ACQUAVENUS – a coalition uniting international beauty queens to work on Ocean Preservation and Water Conservation initiatives and special projects.

During her Miss Peru reign, Mischaela worked with Change.org to drive a petition asking the Peruvian government to create this Marine Protected Area to limit drilling, mining, fishing, and other commercial activities to ensure that species within the area can flourish undisturbed.