War Of The (Red) Roses
Advertisement 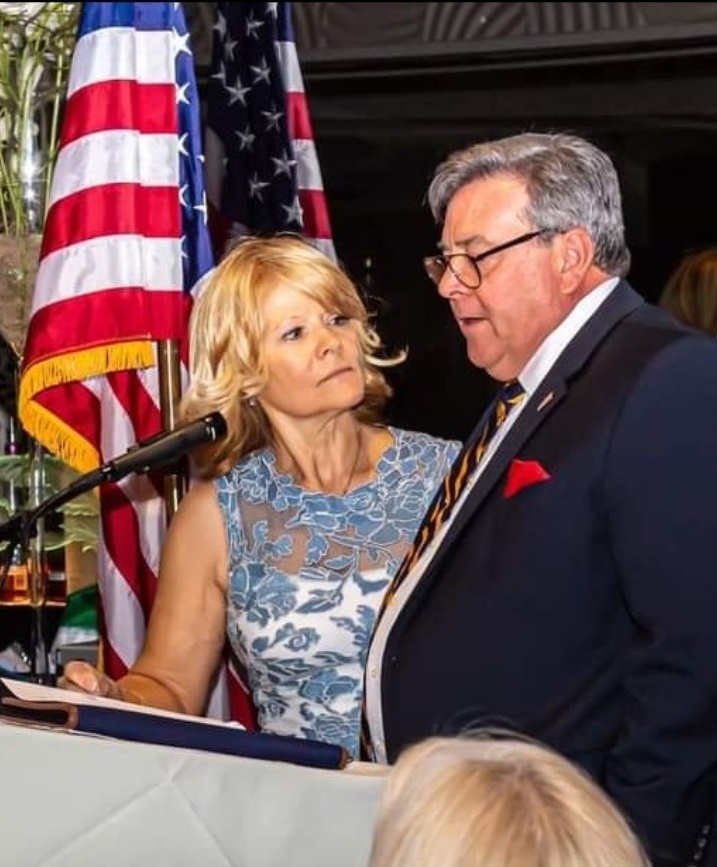 Why does a 60-year old matron of Palm Beach politics and Mar-A-Lago brunches marry a wrestling and boxing promoter from The Bronx twenty years her junior in Las Vegas? According to court filings in Palm Beach Laurel Bennett, a Mar-A-Lago socialite and Republican political candidate for everything from The Florida House to Mayor of Palm Beach, did it to loot her beau’s health insurance.

In the most talked-about divorce in The Palms, Bennett’s husband, a baseball bat-wielding candidate for Ambassador to The Dominican Republic named Benjamin Irish, who once termed a writ he filed in Washington as “The Supreme Court Smackdown”, claims Bennett is well, maybe not Bennet after all. According to Irish Bennett could really be named Saraacco, or Zeitz, or Nancy, or other people. In fact, he has asked Judge Renatha Francis to properly identify who his wife really is. Really.

Irish has submitted multiple driver’s licenses and social security proffering his case that Bennett received close to 40,000 votes in the district two years ago and that the public may have voted for somebody using a fake name. Late last Friday as Irish appeared before the court and submitted a letter to Judge Francis with evidence exhibits, politicos in the sunshine state quickly distributed the document, including throughout the governor’s office and the elections commission, where Bennett is currently under investigation for misuse of funds.

The filing claims Bennett faked terminal cancer to prevent Irish from exposing Republicans preying on Trump to gain advantages, including Michael Flynn. (It claims Trump was fed fake news that Osama Bin Laden was still living, causing the then-President to tweet the story days before the election, a humiliating low-point for the comb-over in chief and that Bennett has enlisted convicted felons, including Tom Vaughn, to threaten him. “I have watched my own Republicans look the other way to terror and drug cartel insurgencies in Florida so they could continue to operate this pay-for-play con.”

Bennett offered a settlement just one day after the filing that Irish declined. “They want me to agree not to expose her or sue her for her assets. Give me a break. They have stabbed the public in the back.”